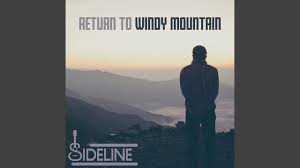 Mountain Home Music Company has produced a new music video from Sideline, for their latest single, Return To Windy Mountain.

The song comes courtesy of Delnora Lynn Reed and Carl Jackson, and tells of a young man who moves from his West Virginia home on Windy Mountain, vowing never to return to dig coal. As is so often the case, after roaming all over the world, he decides that he will return to those West Virginia hills before he leaves this earth.

If that story sounds familiar, it because it represents the life of bluegrass great, Melvin Goins, according to Sideline banjo man, Steve Dilling.

“Return To Windy Mountain is a wonderful tribute to Hall of Famer Melvin Goins — a first generation bluegrass pioneer. I had the honor of knowing Melvin for many years before he passed, and I’m proud to do this song to honor his memory.”