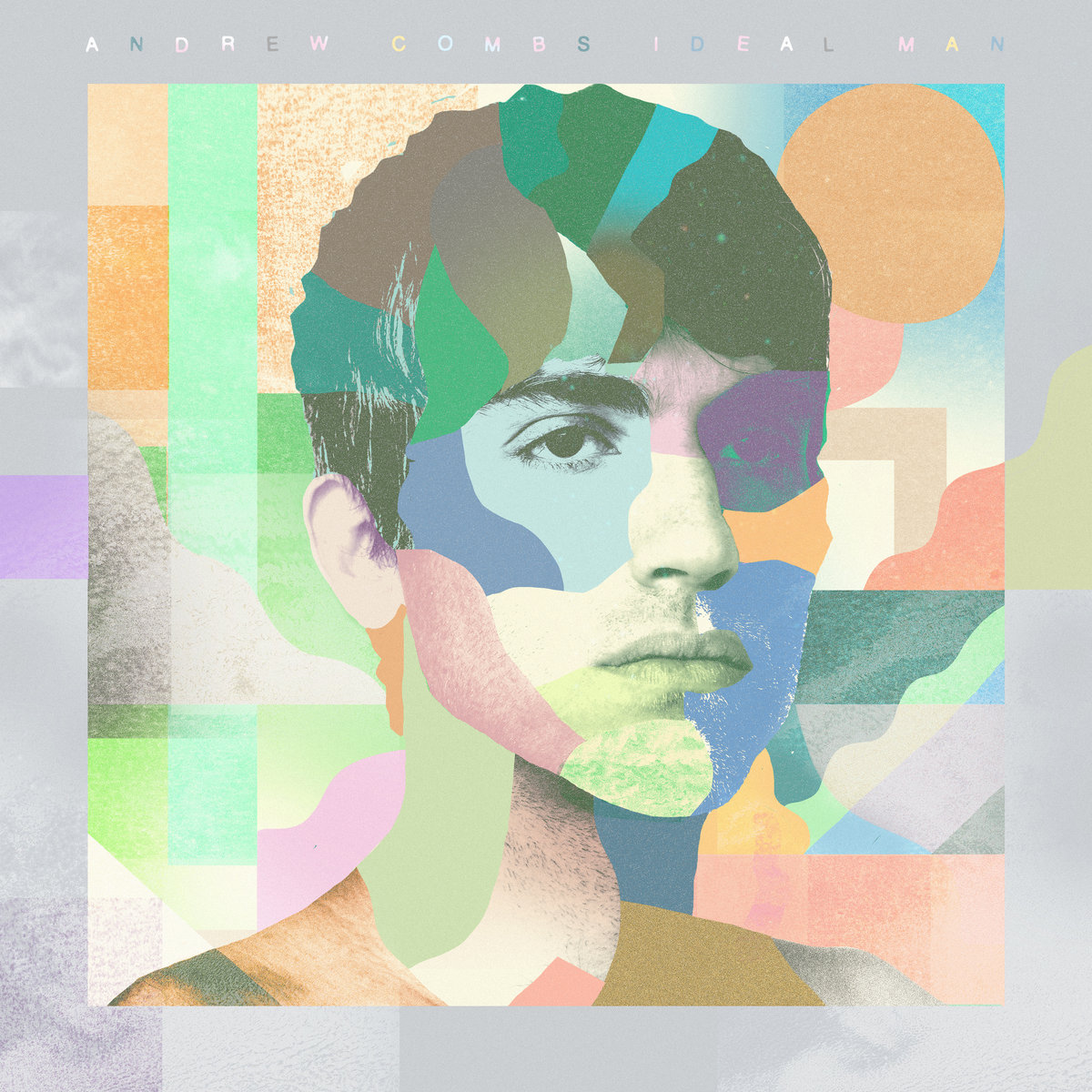 This is from Andrew Combs fourth album, ‘Ideal Man‘, out now.  It’s a rich and atmospheric song of love and loss and pretty popular round these parts.  Good video too.  He’s on tour in Europe and the UK from the middle of this month as well. 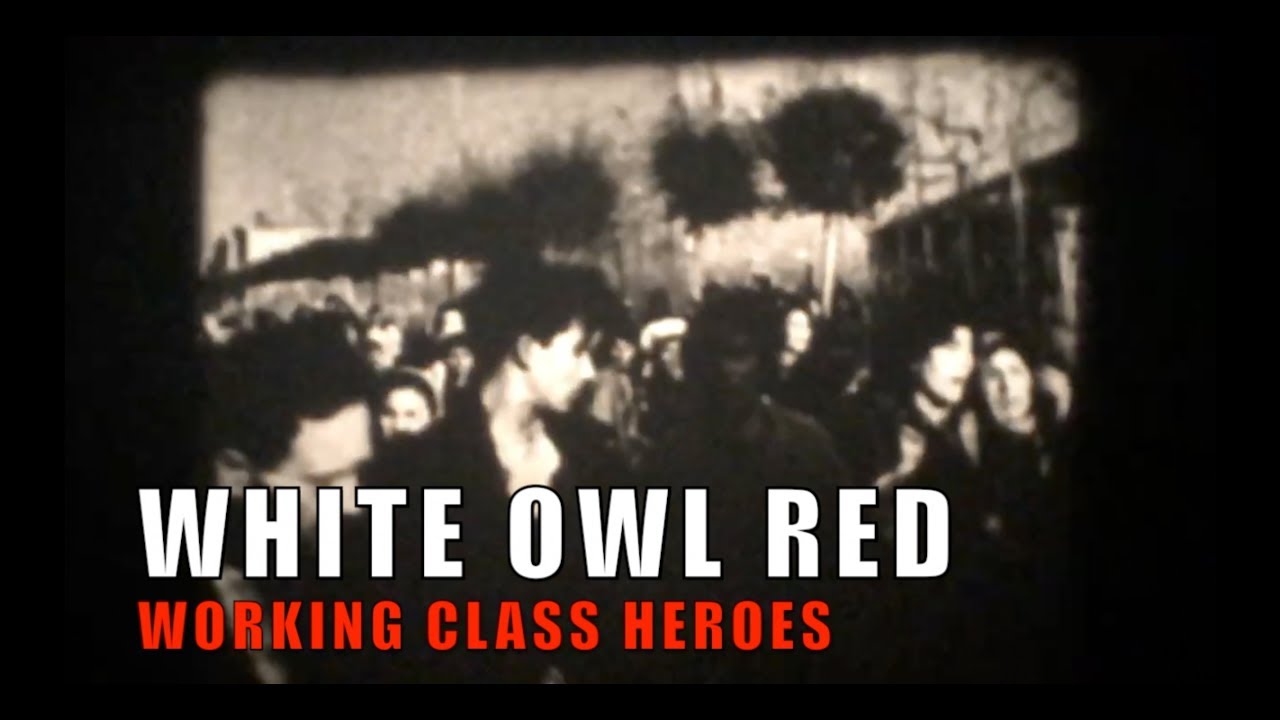 Working Class Heroes – the new pro-democracy, pro-worker dynamic hit single – from the upcoming White Owl Red album Afterglow, out early 2020. Dedicated to the working class heroes around the world who who take grass roots democracy to the streets and stand up for Peace, Love and Dignity! 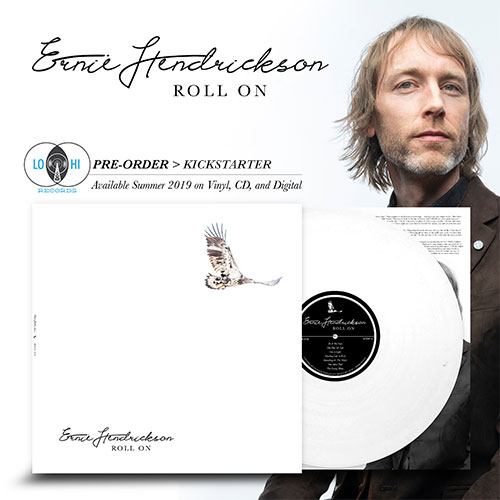 Recorded live on the floor with the most minimal of overdubs, Roll On represents Ernie’s art at its most direct carefully worked out. This is not a paradox, this combination of craft and spontaneity. The contributions of Brian Deck, who has helmed great recordings by Americana and rock artists Iron & Wine, Josh Ritter and Counting Crows. was, as Ernie enthusiastically admits, crucial to the process. Equally important is the sympathetic, muscular playing by a crack studio band that included guitarist and pedal steel player Brian Wilkie, bassist Pete Muschong, drummer Gerald Dowd and keyboardist John Kattke. Several songs are enriched by horn arrangements that suggest Dixieland jazz on riverboats on the Mississipi and Randy Newman. Roll On is a true fusion of songcraft and sound, and represents Ernie’s artistry as writer, singer and player in its fullest form. 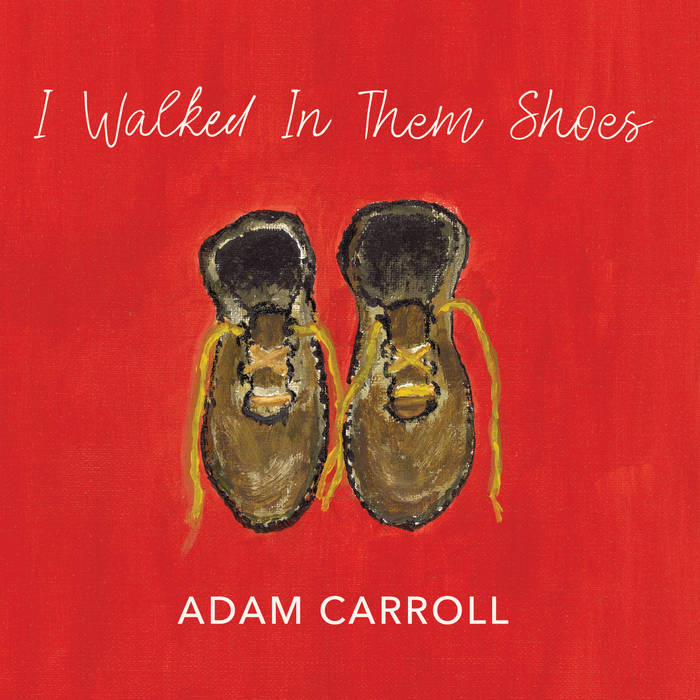 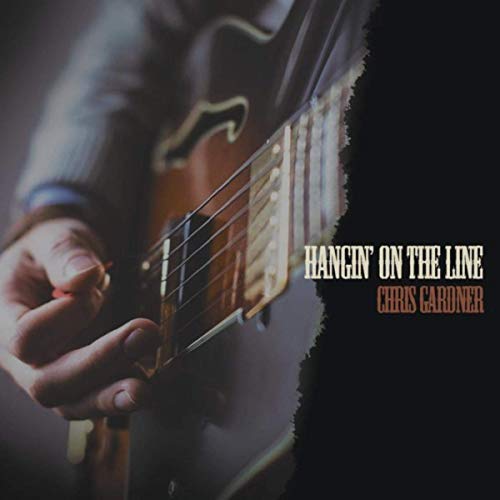 Coming off the success of three top 20 songs and his album Summertime, Chris Gardner has firmly planted his roots in the Americana genre and stands ready to continue that growth with his new album, Hangin’ on the Line. 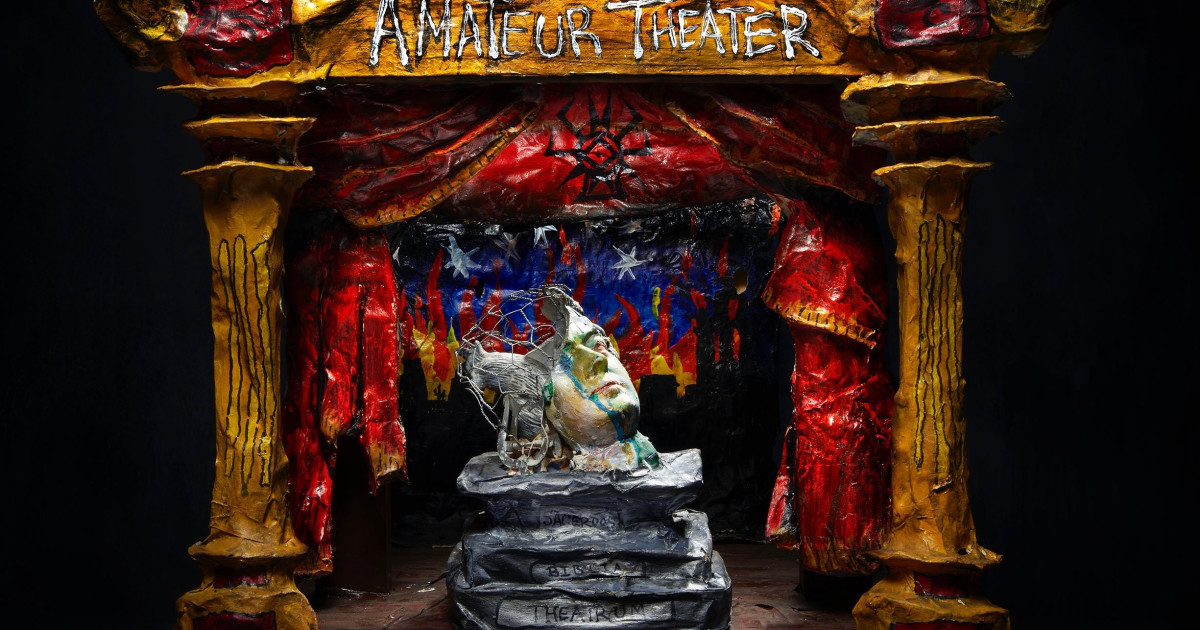 Go here to find out everything. 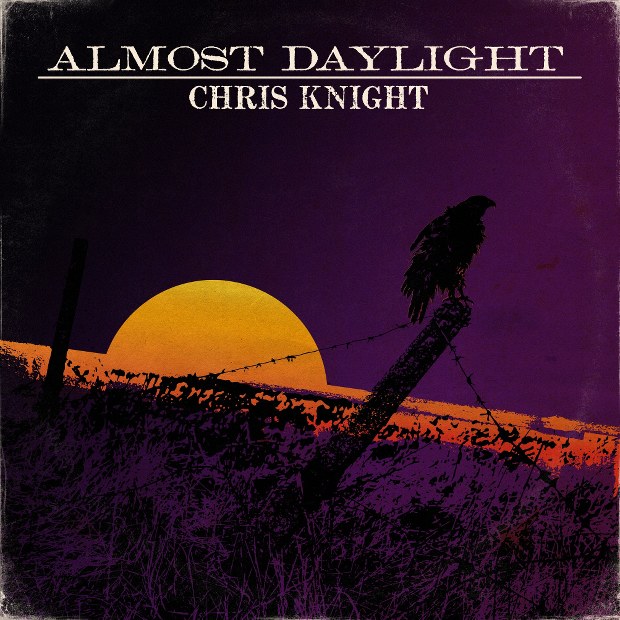 Ask Chris Knight why it took him seven years to come back to making music, and he’ll tell you he never left. “I’ve been touring more than ever over the last seven years,” says Knight from somewhere on the road, his Kentucky drawl as lumpy and thick as paving tarmac.

Knight isn’t one to waste words. It’s what makes interviews with him somewhat one-sided and gives his 25-year catalog that rugged aura of plainspoken authenticity. His ninth album, Almost Daylight (Drifter’s Church Productions), is due out October 11. Recorded by longtime collaborator Ray Kennedy (Steve Earle), it’s Knight at his most pointed and personal. Tracks like “I’m William Callahan,” “Trouble Up Ahead” and “Flesh And Blood” examine life’s virtues and vices with an easy elegance that most often recalls John Prine—who actually joins Knight on final track “Mexican Home.”

When things occasionally turn more issue-oriented, Knight adds an exclamation point to the sort of universal gripes we should all have an opinion about. Which brings us to “The Damn Truth” and MAGNET’s premiere of its companion video. “We finished that song the night before we recorded it,” says Knight. “I was just listening to all the bullshit on the TV … Everybody’s got an opinion. The truth is the truth, and you’ve got to know it when you see it. Maybe we’ll find out what it really is at some point.”

As straightforward as the song itself, the video for “The Damn Truth” delivers its message with some measure of power—mostly from the small screen of a tiny old black-and-white TV. “I made three or four full-blown videos back when I was 20 years younger,” says Knight. “It was a little easier then. We didn’t have a lot of time for this one. We just took a bunch of footage, and [Nathaniel Maddux] put it together. A lot of it was shot at my house, out around the woods.”

Knight and his wife have been living on the same 115 acres in rural Kentucky for more than 20 years, raising their three kids there. “It keeps growing trees and kids and weeds and birddogs and horses,” he says. “I always have plenty to do when I get home, just tryin’ to keep the woods beat back from my house. But that’s the way I like it. Everything is right where I want it to be.” 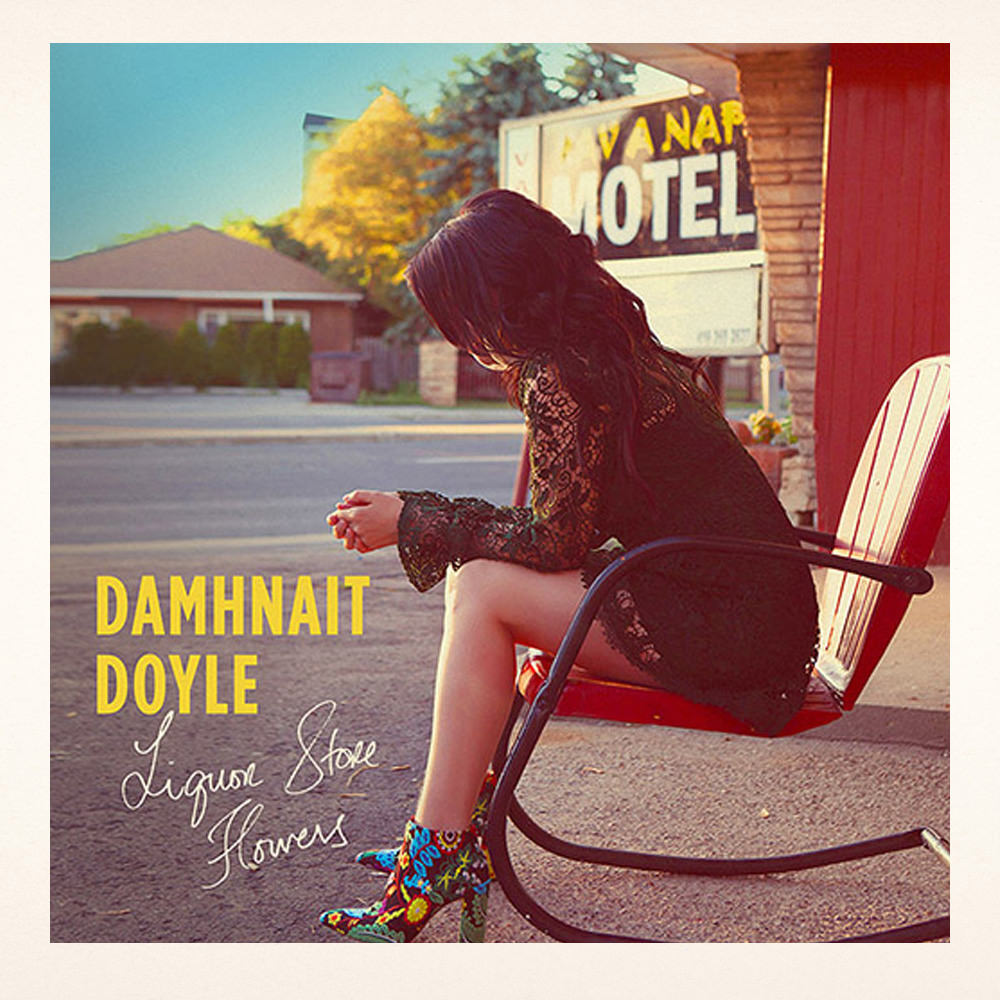 Damhnait Doyle shares her own inspiration behind the song:

“Better life is inspired by my own experience adopting my daughter and in recognition of those who have made the excruciating decision to give up their child in order to give them a chance at a better life. I believe it’s the most selfless kind of love there is. “ 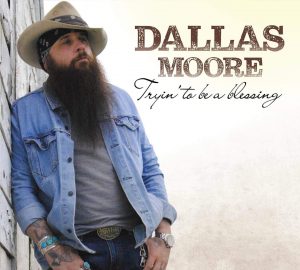 In late August, Billboard premiered the music video for “Everything But You,” which starred Moore’s wife and daughter. 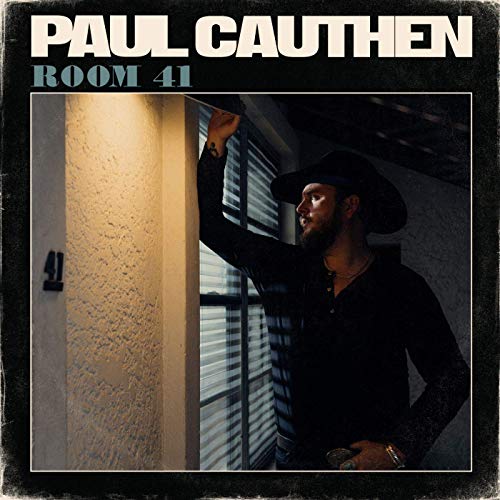 All the songs on Paul Cauthen‘s just-announced forthcoming record, Room 41, were written during a dark, harrowing time in the artist’s personal life. None of its tracks, however, were written in a more manic and drug-fueled state than “Cocaine Country Dancing,” which readers can hear above.

“I had the hook of that song up in Wichita Falls, [Texas], at this old warehouse, with this weed dealer that I used to go buy weed from. He had an old drum set, like, with a mini keyboard and a loop station, all this stuff that I was messing with one day after I bought some weed from him,” Cauthen recalls to The Boot, adding that the early stages of the song were born during that impromptu riffing.

At the time, the singer was in the middle of what he describes as a “frenzy.” Following a calamitous breakup, Cauthen left the house where he’d been living in Wichita Falls, and moved into the Belmont Hotel in Dallas. He stayed in room 41, which serves as the title of his new album.

“Everything was about to be planned out for my life. I was gonna get married,” Cauthen continues. “Now, I went to being single and in a hotel room writing songs. You know, I was in some self-pity. I was acting like an idiot there for a minute, and I was dating a lot of different girls, just trying to find my heart again. I was in a hollow moment of my life.”

Songwriting became his therapy, Cauthen continues, and resulted in some of his most vulnerable and revealing tracks to date. In some cases — like in “Cocaine Country Dancing” — the degree of honesty in the lyrics makes Cauthen flinch a bit.

“I don’t like to have to tell my mom that the f–kin’ song is “Cocaine Country Dancing,” you know?” he interjects, “and talk to my mom and grandmother about this, about my drug frenzy and acting like an idiot. I went through some hospital visits. [I was] just pushing myself to the end, you know? Pushing myself to the max.”

Cauthen doesn’t harbor any delusions that this extreme lifestyle yielded better art. “Did bathing in all that despair and darkness help me musically? I don’t think so,” he admits. “I was on my route to get it done either way.”

Still, that period of living in extremes allowed him to take big chances in the songs he was writing. “It’s just that you don’t give a f–k,” Cauthen says of his mindset while writing the project. “You get sloppy drunk. You just don’t give a damn. That’s all just f–kin’ thrown out the window.

“I was just trying to get through it, and, honestly, I was reaching for a bigger sound the whole time … Like, ‘How am I gonna stand out? How is this gonna sound different than what everybody’s playing?'” he adds. “So I was reaching for what was left of center, rather than what was comfortable, and that led me down some other pathways sonically.”

thanks to The Boot